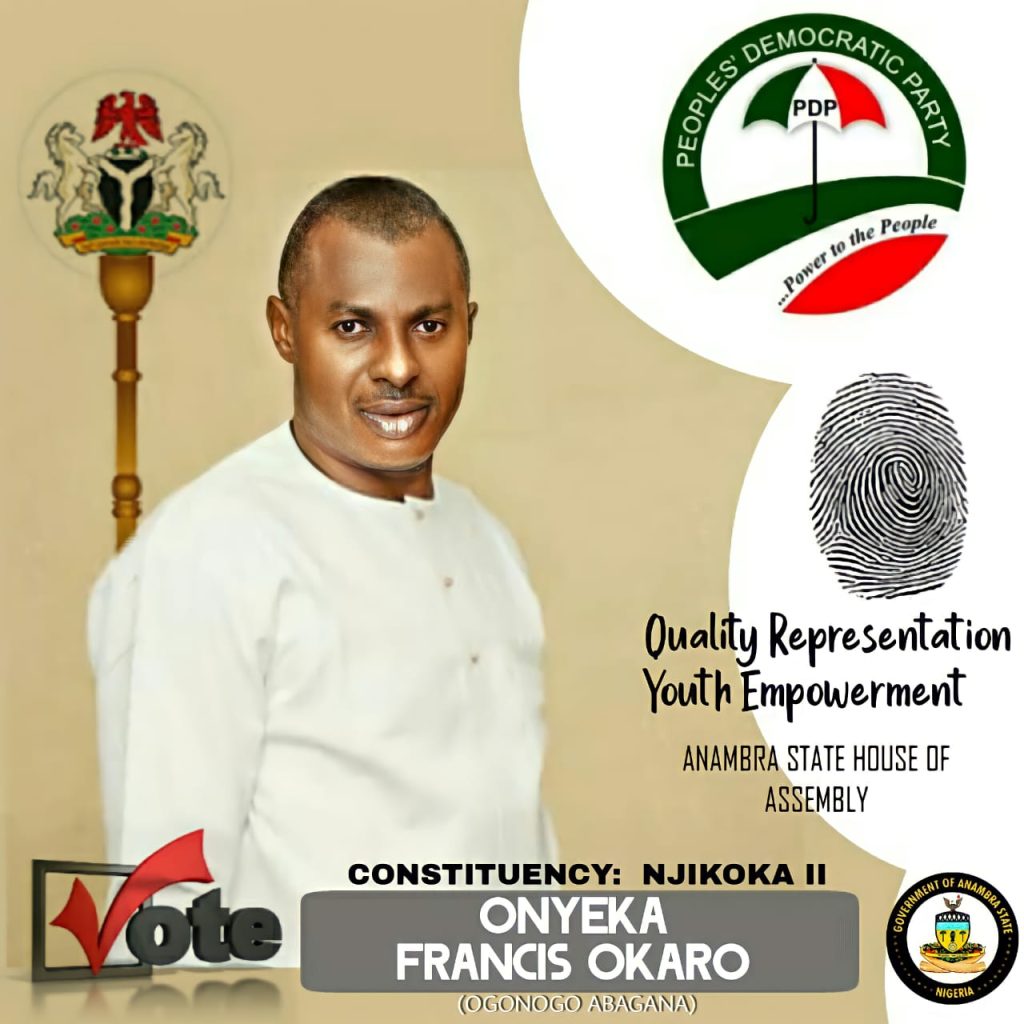 For what would be described as a yearning for positive change and quality leadership with a tangible difference, Ogonogo Abagana’s intention to represent the people of Njikoka, becomes an experience to look forward to. Right from when he was a teenager, his passion for social justice and compatibility with modern politics reflects in his interactions and participations in his community, Njikoka.

Francis Okaro popularly known as Onyii Best (Ogonogo Abagana) hails from Abagana in Njikoka local government area of Anambra State. With a political understanding and belief that has been molded from his early political memories, socialization, and experiences.

Politics is an integral part of the way societies operate, allowing controlled diversity and conflict of ideas, whilst cultivating a willingness to cooperate and act collectively.

As a young adult, he has always strived to become knowledgeable about politics which was what led him to obtain a B.Sc in Political Science from the National Open University (NOUN).

Being a freight forwarding expert, Ogonogo Abagana has been able to gather experiences, connections, and resources to stir the political wheel of Njikoka to the promised land.

Quality representation, Youth Empowerment, and social inclusion is his watchword and this stirs his passion towards service in which he proposes to pay closer attention to youth empowerment through trade and commerce, sports, subsidized education, and of cos, youth inclusion in governance.

He has always preached equality, and that everybody should have equal opportunity to pursue their goals despite their religion, race, ethnic background, or sexual orientation. At age 47, Ogonogo Abagana wishes to represent the people of Njikoka at the state House of Assembly under the flagship of the People’s Democratic Party (PDP)

Ogonogo Abagana is saying It is Time! Time to put the Njidoka community on a spotlight of recognizable progress, for quality representations, improved commerce, less marginalized experiences, women empowerment, quality projects and major highlights on the SDGs, to ensure the economic security of the people’s future.