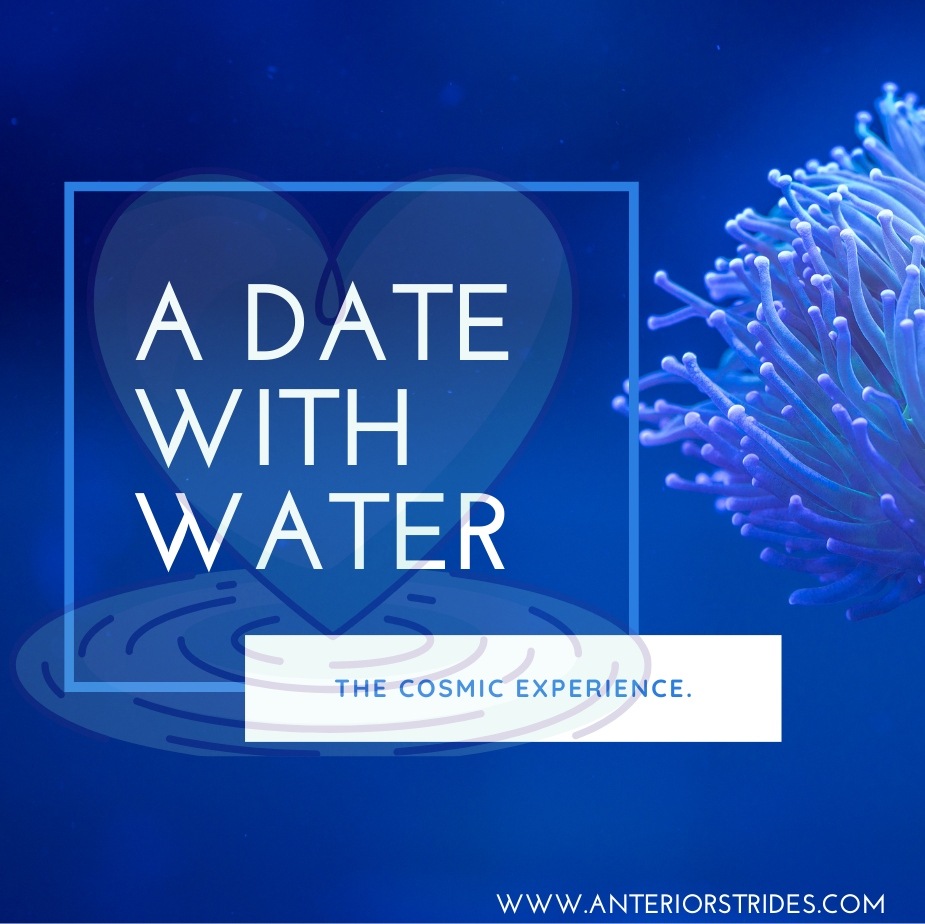 A Date With Water

If you are familiar with the elements of Astrology, you will understand the uniqueness of water. Along with the elements of Air, Earth, and Fire, the Water Element constitutes the 4 elements of the cosmos. Water is found in the air as vapor, humidity, steam, and snow, as well as on the ground as glaciers and ice and under the earth, within natural aquifers. Water is universal. Over half the human body consists of water. The Water Element symbols are integral to the overall function of the Four Elements of Astrology.

Water has proven its indispensability over the centuries. The uniqueness and value in water is unquantifiable. Water makes living easy, stimulates growth in the most flexible ways ever, vital for all known forms of life; plants, Animals, Humans. Water is 100% central to all ambits of human and economic existence. —Metabolism, Agriculture, Industrial Processes, Household living, Entertainment. The elementary connotation of water is found within the obvious descriptions of the very nature of water itself; fluid, free-flowing, frozen, icy, deep, shallow, etc.

The true but implied nature of water is deeply associated with mystery. You can not know it enough. The depth of its glory is all over the map. An enigmatic element which exists in three distinct states of matter as liquid(water), Solid(ice) and Gas(steam), naturally evident as rain, lake, stream, fall, river, ocean. Water can be in action in so many ways —It can cool and it can burn; it can boil and as well steam; can drown and at the same time, float; can contribute to growth as well as be a destructive tool through flood; can be deep or even shallow. Water is an element of sacred mystery, of liberty and unending flow. It is a privilege to be in touch with water as the element of your personality —Not defined by its current state; not conforming to limits, totally available for a change. There is absolutely no end to what water can be.

“People operating under the water sign are said to be naturally in tune with their instincts”, this is no alchemist theory but a fact; knowing the implied composition of water and its role in creating a variety of experience at different times and space. Metaphorically, Water fuels empathy. It’s the flow needed in times of thorough sensitivity. The liquid substance that calms the tension. Water and Empaths are a thing. —no wonder it is really easy for an authentic empath to flow with you, not standing in your own path of understanding despite the efforts you put in trying to become an obstacle. It really does not get “too much” for water but instead, its horizon expands to accommodate more “grounds”.

Most of life’s greatest ideas have come while sitting close to a body of water or while immersed in a bath tub with water. The calmness, the peace, the depth… I have got a personal testimony of my experience with water. My experience has nothing to do with the overly mysterious notion about the nature of water and it’s mystic components but of an unexplainable influx of ideas and constant ministration. ‘Water friendly’ is what everyone should try to be. Hydrate, be baptised at intervals in water, shower as many times as you shouldn’t 🤣. Basically, the nerves have a surprising way of reacting to the effects of water, initiating a calm experience through a relaxation of the tissues. No wonder one is usually adviced to drink water in the midst of a tension capable of causing an adverse reaction or take a shower when the head gets seemingly “too hot”.

Have you observed the oceans? Even in the midst of turbulence, it doesn’t stop being a body of water only just a little bit of fierceness but its qualities remain outstanding. Waves come, tides come, the wind, the sun and all adversities try but it doesn’t waver, though shaken; it doesn’t get blown away because it is greatly rooted in its foundation; the sun may try but all that process results in another epic universal and atmospheric attempt at beautifying the earth. In all these, water stays in its base —not conforming, not changing , not standing in the way for other elements to thrive in their God-given roles. 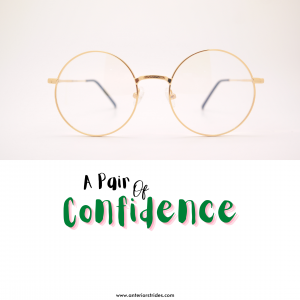 Be-ing With Forms and Structures. 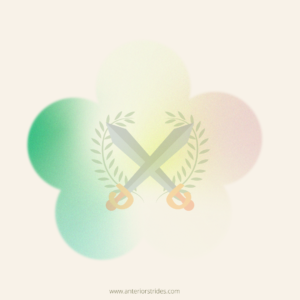 Reality Check – My Wars and I